GPRS (Ground Penetrating Radar Systems, Inc.) was recently hired by a local contractor to scan a concrete slab-on-grade areas in different sections throughout a major retail store. The contractor planned to cut and remove the existing slab in order to build a foundation for a new freezer. Prior to our arrival, the contractor began saw-cutting, but was then informed by the store manager that electrical conduits may be running under the slab in the area being saw-cut. Due to the fact that the contractor was performing this work after-hours to avoid loud noise within the store, we were called late at night to perform the scanning. GPRS was able to mobilize to the site and begin scanning within one hour of receiving the phone call. Once we arrived, we used our 1600MHz antenna and GSSI SIR-4000 unit to scan the area being cut, as this was the contractor’s main area of concern.

After scanning the main area of concern ground penetrating radar, we then proceeded to scan the other areas requested by the contractor. During our scanning, we marked all findings on the surface, including the depths to the tops of the anomalies found using permanent marker. During, and after scanning, we explained all our findings to the contractor so they could fully understand what our utility markings meant and adjust their plans accordingly.

Our technician scanned one of the other areas throughout the store, once the main area of concern had been scanned and the contractor could continue their saw-cutting. Below the image of the technician scanning are two on-site photos of the main area of concern scanned for the contractor. The black and red arrows indicate two different electrical lines located by GPRS. It is important to call GPRS and have each area being excavated scanned with GPR prior to any work being done. In this case, we were able to help the contractor avoid cutting into two different electrical conduits within the area they were excavating. Had the contractor not called GPRS to scan the area, the workers could have incurred costly delays by cutting into the important electrical lines, or even worse; could have gotten seriously injured. In this case, the contractor was relieved that they did not cut into the conduit and were glad that they took the time to call us out to scan. 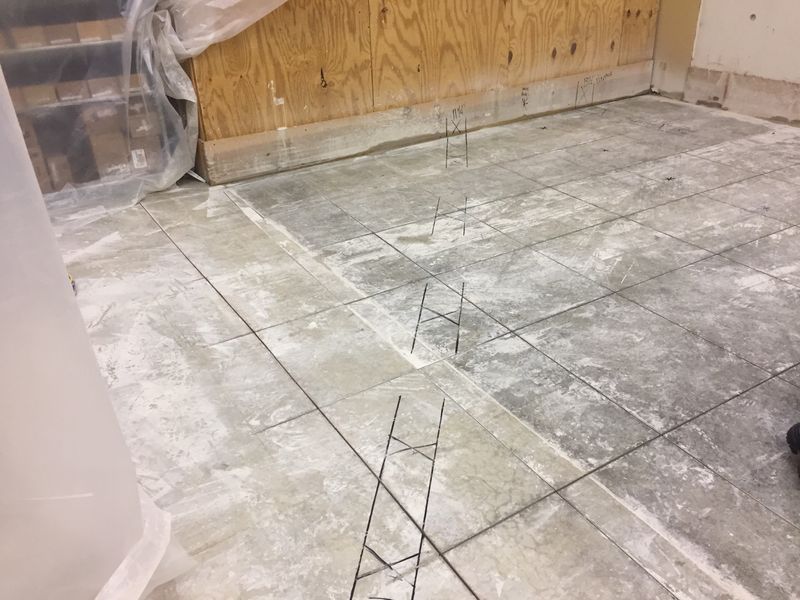 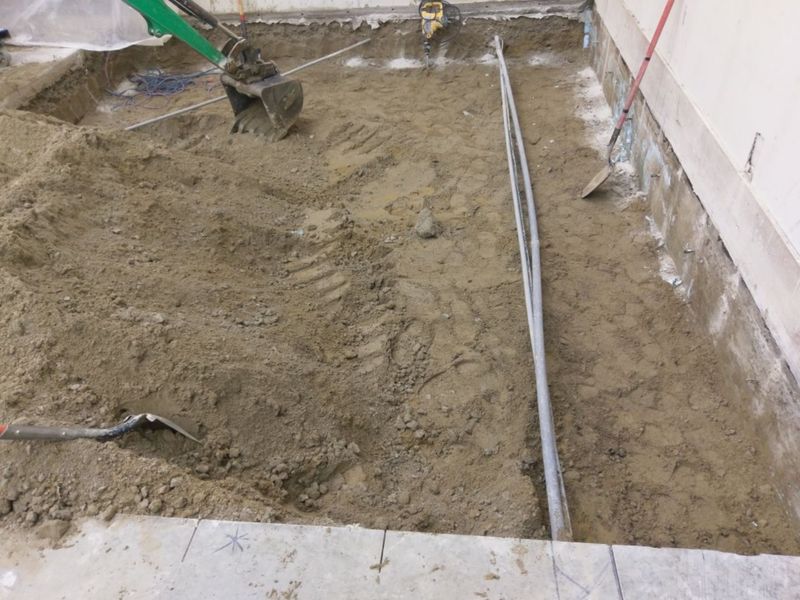